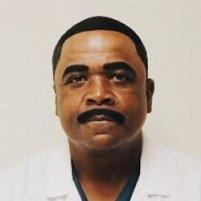 Nearly 27% of women in the United States use sterilization as a permanent form of birth control, according to the Centers for Disease Control and Prevention (CDC). The experienced OB/GYN team at Calvin L. Hobbs, MD, PC, in Augusta and Thomson, Georgia, understands that choosing sterilization is a critical decision for you and your family. That’s why they provide education on sterilization and walk you through the process before you make your decision. To schedule an appointment with the team, call Calvin L. Hobbs, MD, PC, or book online now.

What is tubal ligation?

Is tubal ligation right for me?

You must be in good health to undergo a tubal ligation. Because tubal ligation is a permanent birth control method, it’s important that you know for sure that you don’t want any more children. Tubal ligation reversals are possible, but they’re far more complicated than reversing a vasectomy.

What happens during tubal ligation?

There are two types of female sterilization:

During a minilaparotomy, the team makes a small incision in your abdomen and either removes a small portion of your fallopian tubes or takes them out entirely.

A laparoscopic procedure uses a small camera, called a laparoscope, to view your pelvic organs without making large incisions. After inserting the camera through an incision in your abdomen, the team uses small instruments to close off your fallopian tubes.

What is a vasectomy?

The vas deferens carries sperm from the testicles. During a vasectomy, the team ties, snips, or clips these tubes to prevent sperm from traveling through the penis. A vasectomy is a permanent form of birth control, but it does have a higher reversal rate than tubal ligation.

What happens during a vasectomy?

A vasectomy involves making one to two small incisions in the scrotum to reach the vas deferens. Once the team exposes the vas deferens, they can block the tubes or seal them with heat. After placing the vas deferens back through the scrotum, it takes approximately two to four months for your semen to be completely free of sperm.

To find out if sterilization is right for you, call Calvin L. Hobbs, MD, PC, or schedule an appointment online today.